Leave your wallet in your pocket or purse - or even at home. Now you can add your Seasons Federal Credit Union Visa® credit and debit cards to your mobile wallet and pay from your phone at participating merchants.

Mobile is the safer way to pay because your card number is never shared with the merchant. And, depending on your phone, you can use a PIN or your fingerprint to verify purchases, adding an additional layer of security.

Whether you love Apple or Google, we have you covered with the latest mobile payment tech.

Look for these icons at checkout 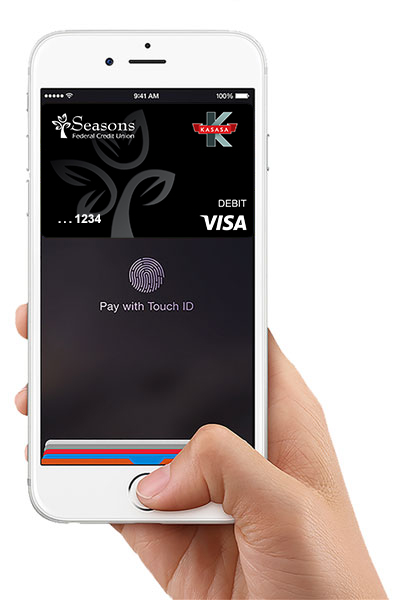 Your Seasons Federal Credit Union Visa card and Apple Pay will change the way you pay. With Touch ID™ or your passcode you can pay at hundreds of thousands of stores and participating apps. It's a snap to get started: 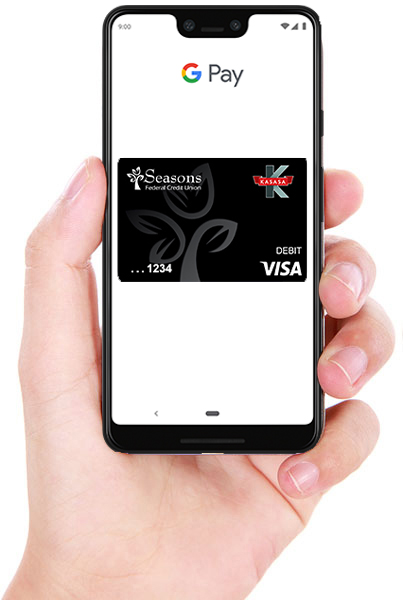 Now the things you love about your Seasons Federal Credit Union Visa card are right on your Google phone. Getting started with Google Pay™ is simple: 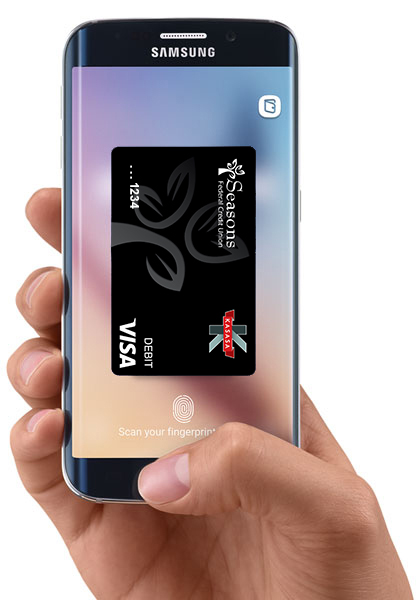 With your Seasons Federal Credit Union Visa card and Samsung Pay, paying is as easy as pulling out your phone. It's simple, secure and works virtually anywhere you can swipe your card.

Samsung, Samsung Pay, Galaxy S (and other device names) and Samsung Knox are trademarks or registered trademarks of Samsung Electronics Co., Ltd. Other company and product names mentioned may be trademarks of their respective owners. Screen images are simulated; actual appearance may vary. Samsung Pay is available on select Samsung devices.

Some of our offerings

Fast, affordable home loans, and help every step of the way.