Secure login Enroll in Online Banking
With a bank you’re a customer.
with seasons you're family

In 1935, a group of educators from Middletown, CT, founded the future Seasons Federal Credit Union. Inspired by the credit union philosophy of “people helping people,” the teachers pooled their money together to provide low-cost loans. Through their joint efforts, Northern Middlesex School Employees Credit Union was chartered in December of that year. During the 1940s and 1950s, the credit union expanded its reach to include schools in shoreline towns and all of Middlesex County. In 1959 it changed its name to Middlesex Schools Federal Credit Union.

Over the years, the credit union has broadened its services beyond simple share savings and small loans to meet the increasingly diverse financial needs of its growing membership. While the credit union now offers a full line of financial products and services to more than 13,700 members, it continues to provide individual attention and friendly, personal service to each and every member.

In 2005, the credit union merged with Meriden Municipal Federal Credit Union, adding more than 2,000 new members to its family.

Since its expansion into areas of New Haven County, the name Middlesex Credit Union no longer truly represented the credit union. Therefore, a naming campaign began in early 2006 to create a new identity for the credit union. The membership, Board of Directors, and staff were asked to submit suggestions. A committee of credit union management, staff, and Board members then took the initial list of more than 800 entries and narrowed the field down to a few outstanding choices. After long discussion, the Board ultimately decided upon Seasons Federal Credit Union.

The new name—Seasons—conveys, simply and effectively, how the credit union strives to serve its members throughout every season of their lives. 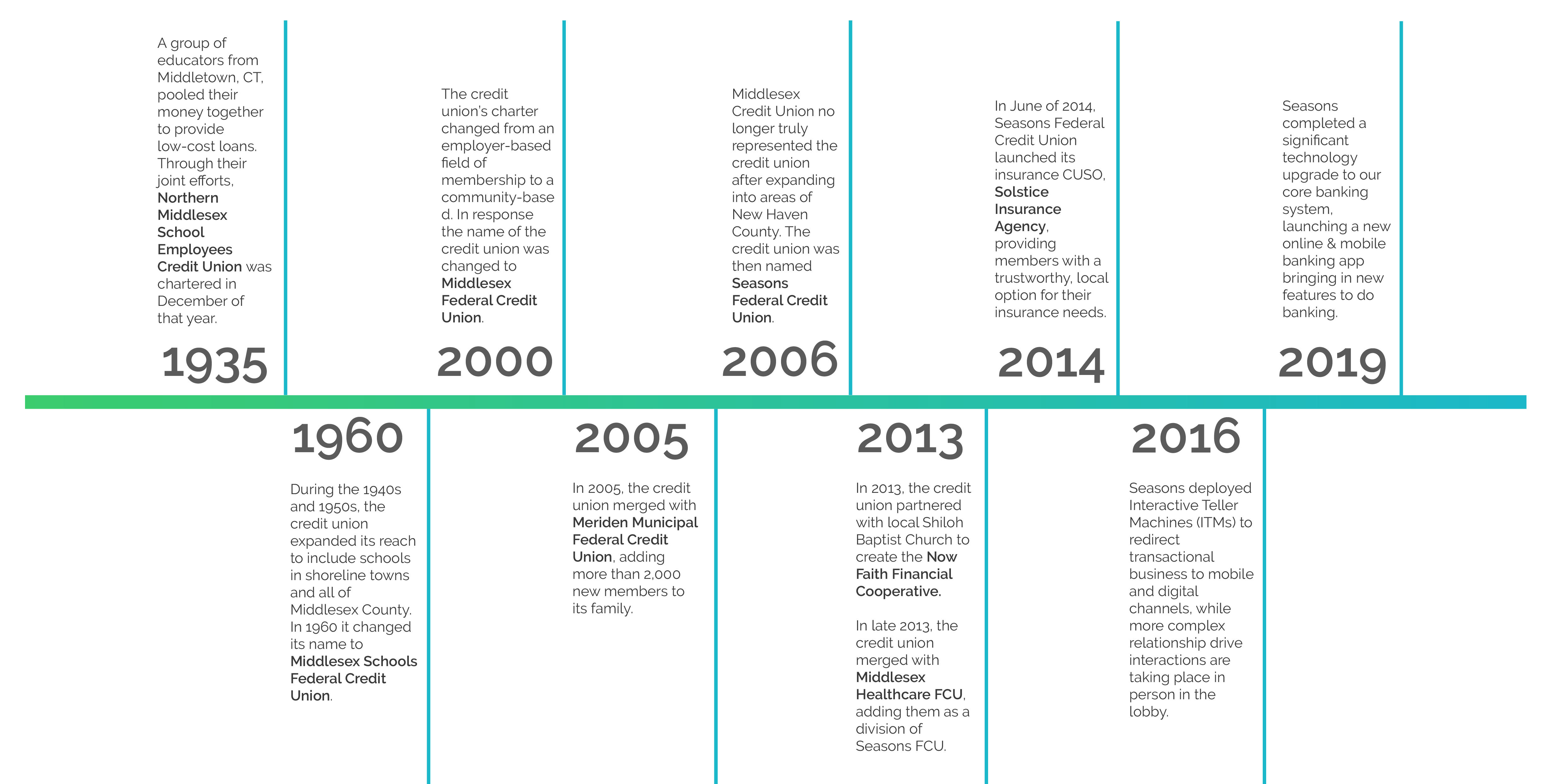 Some of our offerings

Fast, affordable home loans, and help every step of the way.